When was the last time someone asked you how you trained your dog, or which behaviors you thought were most important to train? As trainers, it's important we have a model, or global perspective, from which to work.

While each dog is an individual, and all training scenarios are unique, without a framework from which to approach behavior change, our efforts can fall short.

There are many ways to interpret and to change our dogs’ behavior. Some of these interpretations, or models, are more useful to us as trainers than others.

Mental models are frameworks that help you understand how things work, or ways that you think about the world. In my experience, the most useful way for animal behavior consultants to interpret and change behavior is by using the model of applied behavior analysis, or ABA.

What is applied behavior analysis?

Applied behavior analysis is the real-world use of behavioral principles to understand the link between behavior, antecedents and consequences, and to change behavior.

There are several advantages to using ABA as our mental model for dog training. One is that it relies on principles that we already know work to change behavior: Operant conditioning, respondent conditioning, and the three-term contingency of antecedent-behavior-consequence. Another is that in ABA, behavior is measurable. We can measure where and when behavior takes place, for how long it takes place, and its frequency, duration and magnitude.

A major advantage of using ABA as the model to change our dog’s behavior is that we no longer have to “guess” about what comes next when developing a training plan. We also avoid throwing everything but the kitchen sink at a behavior problem, in the hopes it will work. We can systematically work through a behavior issue to determine a behavior’s function, and then make changes to the behavior’s antecedents, consequences, or both, and evaluate the results.

What models could we use when thinking about behavior change instead of applied behavior analysis? Here are four alternative models I often see in dog training:

Medical model - Biological events, including nutrition and illness, are the causes of behavior, and can be diagnosed and treated.

Cognitive model - The dog’s thoughts create behavior. These thoughts are knowable to humans, and can be changed by human intervention.

Instinctive model - The dog’s internal states, sometimes labeled “instincts” or “drives,” create behavior. These drives are knowable, and while immutable, can be given outlets. “Channeling” these drives affects the dog’s behavior.

Temperament model - The dog’s temperament creates its behavior. The dog’s behavior can be modified, but temperament involves unchanging aspects of the dog’s personality. Therefore, after attempts at behavior modification or training, the dog can revert to behaviors influenced by its temperament.

💡
I describe these models as a way to categorize recurring discussion about dog training. I am not a veterinarian or psychologist. Psychiatry and psychology often refer to the medical and cognitive models of abnormality in people.

The medical model is used by veterinarians and veterinary behaviorists to diagnose and treat a dog’s physical condition, including prescribing medication. Because we are not veterinarians, dog trainers and behavior consultants are not qualified to diagnose or treat medical problems. This includes not making nutritional recommendations, nor advising a nutritional approach to addressing behavior, unless we have been specially trained in animal nutrition (that is, we carry a degree).

Training dogs using a cognitive or instinctive model is complicated, because we don’t know at any given time what our dog is thinking. While we’re aware that an animal’s internal, invisible processes, such as biological events and cognitive states, affect our interactions with that animal, attempting to change behavior based on assumptions of these states alone can lead us “down the rabbit hole.”

Sometimes in the instinctive model, trainers have a good handle on what is known in applied behavior analysis as establishing operations. These are internal or environmental conditions that temporarily change the value of a reinforcer. For example, intentionally withholding food or social contact before training a dog would create the conditions for an establishing operation.

An example of the cognitive model I often see in animal training is the claim about an animal’s “energy” level, or “energetic state.” Without measuring an animal’s blood cortisol level, other specific hormone levels, etc., and performing a detailed assessment and intra-species comparison of body language, there isn’t a way for us to know exactly what is going on in the dog’s body and mind (if then). Trainers who use terms like “energy” are usually referring to observable behaviors – body language – including outward displays of arousal, fear or anxiety. Or, they’re referring to a dog’s body position, such as whether the dog is barking, lunging, attending to its handler, lying down, or standing still.

There is no measurement to call training a success using the cognitive or instinctive models. Has the dog’s thinking changed? Are his drives being appropriately channeled? How do we know? All conclusions must be based on direct and indirect observation of the animal’s behavior in the environment. This is the observation of behavior, which is measurable, unlike thoughts or drives.

Like the cognitive model, the temperament model doesn’t provide us with much information about what the dog is doing. Instead, it seeks to predict a dog’s future behavior, based on the dog’s past behavior. As with all models, it has its uses, such as when selecting a dog for therapy dog work, or deciding whether to place a puppy in a particular home. However, when it comes to changing a dog’s behavior, the temperament model has less to offer. Its usefulness is to inform trainers how to manage a dog’s environment, to prevent undesirable behavior and to encourage wanted behavior.

One last note: A training model, or framework, for viewing behavior is different from a training technique or set of techniques. Think of the model as the lens through which you view all training and behavior problems.

Training techniques, in contrast, are the collection of exercises you use to train dog. Sometimes a trainer's technique includes a series of behaviors they'd like the dog to learn. You might start all puppies by teaching them to sit in exchange for attention, for example, or teach all your clients' dogs the same exercises. Your training technique allows you to adapt your approach to an individual animal or situation, and to know where you are going and how you are going to get there.

Applied behavior analysis is the real-world use of behavioral principles to understand the link between behavior, antecedents and consequences, and to change behavior. There are several advantages to using ABA in training dogs, as noted. Alternative models for changing a dog's behavior don’t always provide us with much information about what a dog is doing. These models often seek to predict future behavior instead of modifying the dog’s current actions.

Applied behavior analysis is a model that helps us better understand what our dogs need by accounting for the function of the behavior – that is, why the dog does what he does.

Using the ABA model you can alter the dog’s environment, antecedents, and consequences appropriately to develop new desired behaviors.

"Behavior modification in the human services : a systematic introduction to concepts and applications" by Sandra S. Sundel and Martin Sundel. (Sage Publications, 1993). 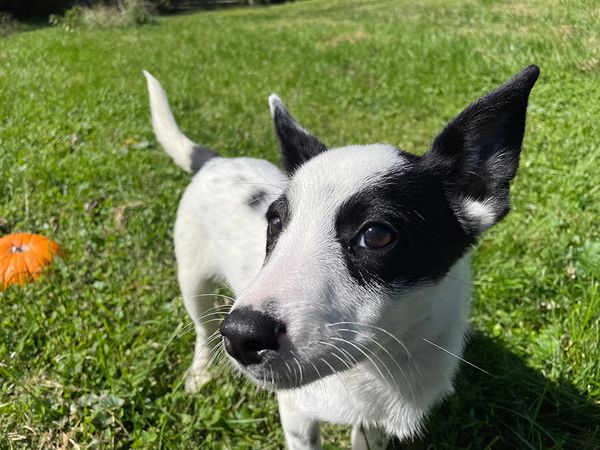 1. She’s hungry. Assuming your puppy is feeling well and has an appetite, she’ll want 3–4 meals per day, maybe with some snacks in between. A hungry puppy will bite and mouth and can be difficult to dissuade. If your pup is acting this way, see if

My puppy Beatrix is always so excited when she sees other dogs. She starts running, jumping up, and barking non-stop until the other dog moves away. I don't love it when she gets this worked up, because she ends up biting and scratching the other dog. Beatrix loves nothing more 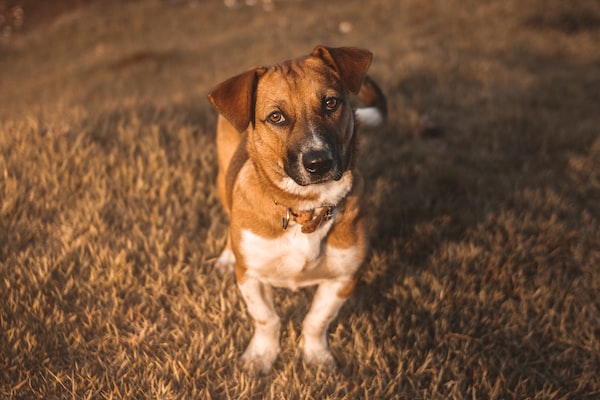 Your dog needs your help to learn how to focus his attention on you, especially outdoors. After he learns to pay attention, you'll be able to enjoy your walks and outdoor activities together more. The key is teaching him to look at you instead of sniffing or staring. To teach