Amy had always wanted a Doberman pinscher – she had read about them and knew they were loyal, confident and smart. She scoured the internet for breeders and reviews, ensuring to find one that offered healthy puppies with good temperaments. One breeder stood out from all the rest: they had fantastic reviews, a long history  of breeding healthy dogs and a rigorous training protocol for their puppies. After much anticipation, Amy finally brought home her new pup: Finnegan!

Amy had prepped everything just right for Finn's arrival, but soon she was worried that she wouldn't be able to properly train him. She tried her best to teach him new words and basic manners, but it seemed like he didn't understand what she wanted him to do. Amy decided that it was time to bring in a professional dog trainer.

The first thing the trainer suggested was treats! Amy had heard stories of treats being used as bribery and felt guilty about rewarding her pet for good behavior. But when Amy took the plunge and started rewarding Finnegan for his good behavior using food, she quickly realized that treats were an essential part of training her pup. After some trial and error, Amy learned how to use treats effectively in order to reward her pup's obedience – without overindulging him or creating bad habits.

Treats for training: The secret to success with your pup

Professional trainers understand that treats are an essential tool for training and reinforcing good behavior. Treats provide positive reinforcement when your pup has mastered something difficult or is trying to learn a new behavior.

First, treats should be consistent with the difficulty of the task you’re asking your pup to do. Trainers use treats that are appropriate to the task at hand. For example, if you want to teach your puppy to feel calm and relaxed at the vet's office, pair being lifted onto the exam table with food that your puppy absolutely adores and will eat even under a little stress.

Second, treats should be varied. Your dog has tastes and preferences, just like we do! Pay attention to which treats your dog seems to like most. Look out for signs like tail wagging, licking lips, or jumping up when certain treats are offered. Also pay attention to the type of treats your dog prefers in terms of texture, flavor, and size. Most dogs prefer soft treats to crunchy ones, and soft treats are usually faster for the dog to eat during a training session, meaning you can reward more of the behavior you're looking for. Experiment with different types of treats so you can rank them in order your dog loves.

Finally, treats should be healthy! Ask your vet what treats  are safe and healthy for your pup. Don't forget that treats should make up no more than 10% of their total diet, so whenever possible, professional trainers use the dog's regular kibble to train.

What kinds of treats do most trainers use?

Benefits of feeding your dog treats during training sessions

Using treats to train dogs is an effective way to reward and reinforce good behavior, according to learning theory. Food treats are a powerful reinforcement for dogs since they're highly motivated by food -- they need it to live! Combined with your good timing, treats provide immediate positive feedback so the dog knows what it did right, encouraging them to repeat that same behavior in the future (operant conditioning). Moreover, treats make the training process more enjoyable for your pup, making future behaviors easier to train (respondent conditioning).

Operant conditioning is a type of learning where what happens after a behavior affects whether that behavior will happen again in the future. For example, if a dog does something and then gets a treat, the dog will learn to do that behavior again because it gets a reward. The treats act as a reward to help teach the dog exactly what behavior you want.

Respondent conditioning is a type of learning where two things are connected in your dog's mind. The dog learns to do something in response to a particular trigger, or stimulus. This happens when the same thing happens over and over again, and you start to associate the two things. For example, if you give a dog a treat every time they see a new dog, they will learn to look for a treat anytime they see a new dog (the stimulus).

How many treats to feed in a training session

How many treats to feed in a training session depends on your dog, the size of the treats, the difficulty of the training task, and how busy it is at your training location.

Amy had been working with Finnegan in their quiet neighborhood on making eye contact and walking on leash without pulling. She and Finnegan were about to start their first training session on a crowded city sidewalk. She was excited but nervous at the same time, since this would be her first time training a dog in public. The trainer had suggested she use human food treats in this situation, and Amy had stocked up on shredded chicken, which Finnegan loved and could safely eat without upsetting his tummy. To start, Amy gave Finnegan five treats about every three or four seconds for paying attention to her with so many people around. As the short, 10-minute session went on, she gradually increased the duration to five seconds when Finnegan was particularly focused or was walking beside her without pulling.

Amy was able to repeat these sessions over the course of the next several weeks, gradually replacing the shredded chicken with a little chicken mixed with Finnegan's regular meals once he was comfortable and had learned to walk on leash on the crowded sidewalk.

1. Ask your vet for advice on treats that are safe and healthy for your dog, as well as what treats to avoid.

2. Consider treats that match the difficulty of the task you’re asking your pup to do - don't be stingy! Plan on using real food like chicken, cheese, or pouches of salmon, versus manufactured treats, for especially tricky or new situations.

3. Choose treats that are small enough so you can give multiple rewards in a session without overfeeding your dog.

4. Make sure treats have an enticing smell or taste that will motivate and excite your pup during training sessions.

5. Check if treats have a long shelf-life or whether they need to be frozen or refrigerated. It's best to keep them fresh while they're stored away

6. Find a variety of foods your dog likes, so that training doesn't become boring or repetitive; make sure there is something new each time! If necessary, experiment with different types until you find specific treats that work best.

Unleashing the power of treats in dog training

As for Amy, she was determined to make sure that Finnegan knew how to go into his crate and stay on a mat. She realized that treats would be an important part of the training process, so she got the right treats for him. After researching different treats and consulting her vet, she selected treats made from all-natural ingredients and high-quality proteins that were easily digestible.

After getting the treats, Amy set out to start Finnegan's crate training. She started by placing a few treats in the crate and encouraging Finnegan to come into the crate with some verbal cues. Whenever he did so, she praised him verbally and gave him a treat. As time went by, she increased the distance between where he was standing and the crate before releasing him for a treat. After just a few days of practice, Finn learned to go into his crate on cue!

Amy's next challenge was teaching Finn to stay on a mat for short periods of time. To do this, Amy employed "shaping", which is a type of behavior modification technique that gradually increases difficulty until your pup masters what you want them to do. First, Amy placed treats around the edges of a mat in order to encourage Finn to explore it. When he showed interest in it by sniffing around it or stepping onto it, she rewarded him with treats and words of affirmation.

Soon, Finn began associating the mat with rewards. Amy stopped putting treats directly onto the mat, but still rewarded him when he stayed on it more than two seconds at a time. Once he successfully stayed on the mat for up to five seconds at a time without treats being placed on it, Amy began introducing verbal cues such as “Stay” or "Free" to help Finn understand when he was supposed to stay on the mat versus when he could leave the mat. Finally, after several days of consistent training sessions with treats as positive reinforcement for following Amy's cues, Finn mastered staying on his mat.

Amy realized that treats were far more than just bribery–they were an effective way of reinforcing good behavior in her pup!

Unlocking the potential of treats in dog training

By using learning theory to our advantage, you can use treats to successfully teach your dogs new behaviors in the same way pro dog trainers do. Treats can be used as positive reinforcement for good behavior and tailored to match the difficulty of what you are asking your pup to do. It is important that treats have an enticing smell or taste that will motivate and excite your pup during training sessions. Finally, it's best if you find a variety of treats so that training doesn't become boring or repetitive. With these tips in mind, treats can help turn any mischievous pooch into an obedient one in no time at all. When it comes to teaching your dog proper manners, remember: treats are easy, fast, and fun! 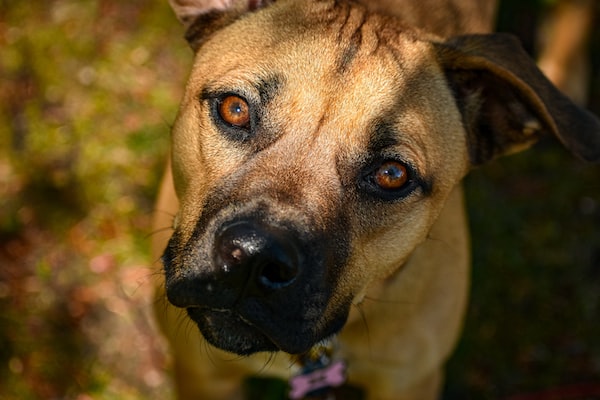 Training your pup to consistently come when called can be a challenge, but by adjusting your training approach, you can help ensure they'll come to you no matter what. 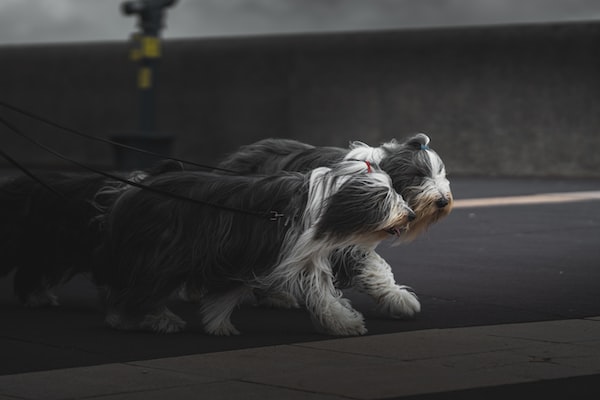 Members only
I used to be a pet sitter and dog walker. There were two dogs in particular, we'll call them Roxy and Rex, who I took on outings to busy places where there were people and other animals. When I first started walking Roxy and Rex, I was frustrated because they

James and his golden retriever, Emma, had been inseparable ever since James adopted her two years ago. Everywhere James went, Emma followed and thanks to James' dedication to training, he and Emma were able to enjoy a number of adventures together. One sunny day, James decided to take Emma to